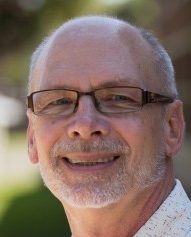 Jeff Kunerth joins the faculty after 41 years as a reporter with the Orlando Sentinel, where he won numerous awards including a finalist for the Pulitzer Prize in 2013. He is the author of Trout: A True Story of Teens, Murder and the Death Penalty, and Florida’s Paved Bike Trails, now in it’s third edition.

Prior to joining the faculty, Kunerth taught writing and reporting for 15 years as an adjunct at Rollins College and UCF, where he received an award of recognition in 2010 for excellence in teaching. Kunerth received his Bachelor’s degree in journalism from Iowa State University and his MFA from Goucher College. Kunerth comes from a family of journalists. His father, Bill Kunerth, taught journalism for 30 years at Iowa State University. His brother, Bill B. Kunerth, was a newspaper publisher for more than 30 years.

He is married to Gretchen Kunerth. They have two sons, Chad and Jesse, and live in Altamonte Springs.