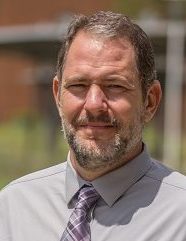 Kevin Smith from Miami, Florida, where he also attended Undergaduate and Graduate school. He went to the University of Miami where he earned my BS (1996), he double majored in Communication (Electronic Media) and Political Science. Smith later went back to earn my , M.F.A. in Film Production (2003), also from the University of Miami’s School of Communication. Immediately after graduating, Smith began to teach as an adjunct at Miami Dade College and the Art Institute of Fort Lauderdale, where he ended up teaching full time for 10 years until 2012. Smith continued to freelance and teach as an adjunct professor at the University of Miami and Broward College until being hired at the Nicholson School of Cmmmunication in Aug. of 2015.

Over the years Smith have worked as a freelance cinematographer and editor. He’s worked on production like, 2Fast 2Furious (as a production assistant), a few crime shows for ID Discovery… namely, “Deadline Crime” and “I’d Kill for You”… CNN’s “The Hunt with John Walsh”. Smith has also Shot and edited several independent production that were screened in various film festivals, “Pork Chop and a Glass of Water” (Miami Underground Film Festival, Audience Choice Award”, “Ballad of a Soldier” (Screened at Miami Underground FF and Westchester International FF. “Transgressive” was a short that won 8 awards and was screened in several LGBTQ Film Festivals.

Smith also worked, primarily, on corporate, industrial and educational productions over the years.