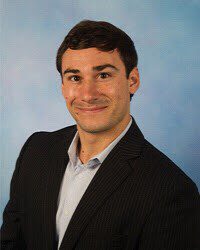 Chris Castro is an award-winning sustainability professional, clean energy enthusiast, and eco-entrepreneur with a passion to advance smart, resilient, and sustainable cities in balance with nature.

Since 2014, Chris has worked at the City of Orlando as the Senior Advisor to Orlando Mayor Buddy Dyer, Director of Sustainability & Resilience, and ‘Future-Ready’ steering committee member, developing a comprehensive set of policies & programs that advance the City’s sustainability, climate action, and smart city goals.

Chris is best known for his entrepreneurial efforts prior to coming to the City, including co-founder and President of IDEAS For Us, a global UN-accredited 501c3 nonprofit working to incubate and fund innovative projects that advance the UN Sustainable Development Goals. In 2012, Chris also started a clean-energy consulting and development firm called Citizen Energy that operates in Washington DC, and in 2013 co-created “Fleet Farming”, the renowned urban farming social enterprise program that is redefining local food systems by building organic farms on homeowner lawns, schools, and underutilized land throughout neighborhoods and communities.

Outside of work, Chris sits on nearly a dozen nonprofit and academic boards, including the Florida Solar Energy Center, US Green Building Council of Florida, Project Greenschools, and Goodwill Industries of Central Florida. He has previously held sustainability positions with University of Central Florida, Orange County Government, and the U.S. Department of Energy.

Over the years, Chris has been internationally recognized for his efforts; including being named the 2018 Public Official of the Year by Governing, a ‘Champions of Change’ by President Barack Obama, the ‘Guru of Green’ by the Orlando Business Journal, the Grist 50 Fixer Award, Top 30 Under 30 sustainability professionals by GreenBiz, and formal recognition from President Bill Clinton, President Jimmy Carter, and Vice President Al Gore.

In December 2018, Chris starred in the National Geographic documentary on climate change called “Paris to Pittsburgh” to share the Orlando journey on climate action to millions of people around the World.

Five University of Central Florida leaders and several alumni were named this week to Orlando magazine’s 2014 list of the region’s 50 most powerful people.…

A sustainability nonprofit that has been accredited by the United Nations, recognized by U.S. presidents and involved in a number of international environmental conferences began…

The University of Central Florida’s efforts to go “green” have earned the attention of the White House, which this week is showcasing the student organization…