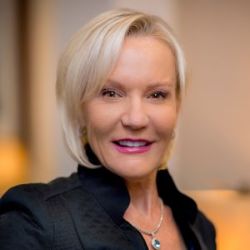 A 35-year veteran of the strategic communications industry, Gwen Griffin is the founder and Chief Executive Officer of Griffin Communications Group. Since opening the firm’s doors in 1997, she has led the Griffin team in developing and executing strategic communications campaigns and programs for both consumer and trade audiences. As CEO, Griffin’s focus is on strategic planning for the agency and leading the business development charge.