Films to Movies: The Rebirth of the Remake

On September 21, 2012, the movie Dredd was released to theatres for crowds of excited and expectant audiences. As has become tradition, a group of my friends gathered and went to see the movie remake of the original film we had all loved as children. Some of us loved the original Judge Dredd of 1995 starring Stallone and Assante and found this new Dredd 3D entertaining but somehow disappointing. Others felt the new movie was more true to the original TV series characterization of Dredd and loved it. That night after watching the new movie in theaters, several of us went home to watch the original on film and decided we would have preferred them to digitally remaster the ’95 version and play that in theaters. Though we don’t always agree on the outcome, our tradition has grown in the wake of the extensive list of movies remade from films in the 90s, 80s, and earlier continues to grow. 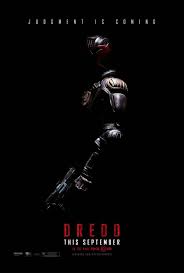 Now historically, there have been some pretty good remakes, some which have become more famous and popular even than their original counterparts. The 1999 Thomas Crown Affair starring Pierce Brosnan and co-star Rene Russo, remade of the 1968 original starring Steve McQueen. The 1994 True Lies starring Arnold Swarzeneggar and Jamie Lee Curtis based on Claude Zidi’s French comedy “La Totale!” from 1991. Cult classics such as the 1983 Scarface starring Al Pacino as a Cuban cartel leader in a Miami cocaine-fueled drug war is a remake of the 1932 Howard Hawks’ directed Scarface about the Italian Mob. The scifi classic The Thing (1982) is based on the likewise titled Thing of 1952. Another scifi classic, The Fly (1986) starring Jeff Goldblum, and since it was remade by David Cronenberg became a half graphic horror, part graphic romance co-starring Geena Davis. It is based on the identical titled Kurt Neumann classic from 1958. The Departed (2006) starring some of the biggest names in Hollywood including Nicholson, DiCaprio, Damon, Baldwin, Sheen, Wahlberg and Farmiga was remade of the Andrew Lau and Alan Mak Hong Kong crime thriller “Infernal Affairs” of (2002).

The Man Who Knew Too Much 1956 version is based on the same title from 1934 with a particularly interesting twist that both films are directed by the same person, Mr.Alfred Hitchcock. Casting the Hollywood sweethearts James Stewart and Doris Day opposite each other, filmed in color with an updated location, Hitchcock himself proclaimed the remake the superior version, and who are we to argue with his judgement of his own creations? Even the Steven Soderbergh Ocean’s trilogy which has become a favorite of many people with its all star cast of Cloony, Pitt, Damon, and Cheadle is based on the Lewis Milestone heist flick, Ocean’s 11, of 1960.

However, we all know that not all experiments produce the same results, and while there have been remakes that made it bigger than their predecessors, not all films are created equal. Get Carter (2000) so much that I am a fan of Stallone, his attempt to reach the emotional notes of Michael Caine’s original in this reboot fell flat. Nora Ephron tried something different with the 2005 Bewitched, instead of a carbon-copy of the TV series she supplies a post-modern twist with Will Ferrell casting a real witch in his search for an actress to play the in-film remake of the TV series. Unfortunately, the script was too nod-wink for its own good. Last House on the Left 2009 was remade in part by its original director, however, Wes Craven’s attempt at a remake of his own grubby morally dubious slasher fails to capture the raw urgency of the original even with the added big budget and Hollywood cast. Friday the 13th (2009) is seemingly an attempt to remake the entire Friday the 13th franchise in one film. With so much material crammed into one flm, you’ve got the window scene from Part 2, the tent scene from Part 7 and the underground cave bit from.. no wait that last bit was a remake of the original… As a “Best Of” Friday the 13th (2009) might save you some time watching the entire series, but wheres the fun in that? Then The Wicker Man came out in 2006 and somehow Nicholas Cage manage to make this horror film even campier than the original depicting Christopher Lee frolicking naked. So bad was this remake that Robin Hardy, director of the original, disassociated himself immediately.

For horrific examples of remakes, reference the 1998 Godzilla directed by Roland Emmerich which transplants the giant to New York City. Even armed with a massive $130 million dollar budget, Emmerich effectively turns this film into a sort of Jurassic Park replete with Raptor-like Minizillas.Considering the original 1954 film was inspired by the USA’s testing of the hydrogen bomb on Bikini Atoll, its simply done in poor taste. Likewise, two film reboots which are pitiful cases of blatant rip-off of the originals are Psycho (1960 and 1998) and The Barretts of Wimpole Street (1934 and 1957) which each are near shot for shot replications.

Without knowing yet what the outcome will be, I look to the list of films slated to be produced in the next few years: Red Dawn, Carrie, Evil Dead, Robocop, Annie, Mad Max: Fury Road, Pet Sematary, The Crow, The Orphanage, An American Werewold in London, Child’s Play, Dirty Dancing, Drop Dead Fred, Starship Troopers, The NeverEnding Story, The Seven Samurai, WarGames, American Psycho, The Birds, Commando, Creature From the Black Lagoon, Death Wish, Escape From New York, Highlander, House Party, Lethal Weapon, My Fair Lady, Overboard, Romancing the Stone, Scarface, Short Circuit, and The Warriors.

Obviously there’s something here for everyone but I cant help but feel some of these should be on a protected list. How do you remake The Warriors? .. American Psycho? .. The NeverEnding Story? .. Escape from New York? ..My Fair Lady? Each of these films stars an actor that made the character. Christian Bale is Patrick Bateman, Mr.Psycho himself! Audrey Hepburn is Eliza Doolittle! Kurt Russell is Snake Plissken! How do you replace, remake, reboot a cult classic?! And yes I realize some of these cult classics are already remakes… I think each person defines classic as the version they grew up with, the actors they were familiar with and somehow the new version will just never really hold up to our beloved memories. Personally, I’ll force myself to sit through each remake of a classic I love, if only because I can’t make myself not go. Maybe I just need to justify to myself, as occurred with Dredd 3D, that the remake just cannot be better than the original. Maybe I’m secretly hoping the remake will somehow turn out better. I can’t be sure just yet, but I’ll tell you one thing; I’ve got my tickets for the next showing.

This entry was posted in Audio/Video, Entertainment, General and tagged Creativity, Film, Movie. Bookmark the permalink.