The Importance of Fact Checking 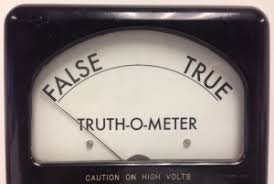 There are over 500 million Twitter users currently; thats over 500 million people generating over 340 million tweets and over 1.6 billion search queries daily; thats over 500 million people constantly posting information to a network of followers who re-post and share this same information to all their followers and so on and so on. Lately, its become apparent that stories are shared amongst networks with little regard to the actually truth of the content. We assume that because the information comes from a supposedly reliable source that it is in fact truth. Last week a story circulated the Twitter-sphere and likewise other social networking sites originally written by a BBC news journalist. Jon Donnison tweeted a picture with the title “heartbreaking photo of child hurt by Israeli rocket” when in fact the girl in the image was in Syria. Apparently Donnison had retweeted the story from a Palestinian journalist and social activist named Hazem Balousha without first checking the source of the image. He received a barrage in response from several of his followers highlighting the issue, some in less than kind words, however all very forward:

The site bbcwatch.org wrote:  “Up to now, it may have been possible to put down Jon Donnison’s frequently problematic reporting to a lack of knowledge and understanding of the region... However, his decision to promote deliberate misinformation – either knowingly or as a result of a complete failure to check facts – indicates that he is not merely naive… Donnison has rendered himself no longer fit for the purpose of accurate and impartial reporting from the Middle East in accordance with the BBC’s legal obligations.”

While Donnison apologized for the mistake, the damage was done. The tweet and contained information had already been retweeted to hundreds of Twitter users. This serves to illustrate the importance of fact checking no matter the presumedly reliable source from which the information comes. Social networking and specifically sites such as Twitter, offer links to “share” and “retweet” information without so much as a second thought to its truth or importance. In this day and age of fast moving communication and diffusion of content, the importance of fact checking the source of information is at an all-time high.