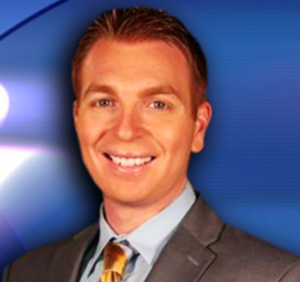 Asher Wildman 06’ had a feeling that everything wasn’t adding up when he found out about a Transportation Security Administration (TSA) employee’s suicide. He spent two months uncovering information that may have revealed the real reason that the employee, Robert Henry, decided to publicly take his own life.

“I remember getting the call to come in to work that day,” Wildman recalled. “After Robert Henry committed suicide, I did whatever I could to find out why. I began reaching out to anyone who may know someone at the TSA.”

Wildman reached out to about 50 people without receiving much feedback. He was starting to grow weary, but then he finally made a connection with a woman who was close to Henry – her name was Brenda Shearer and she had been living with Henry.

Through Wildman’s discussions with Shearer, he started to suspect there was more involved to the story than previously thought. While people originally believed stress about money from work was the main reason Henry took his life, Wildman’s investigation has led to beliefs that bullying played a larger role.

“She told me all of this made no sense, because he had just bought a new car and was living rent free,” Wildman said. “From there, I started digging and connecting the dots. I spent two whole months speaking to several different TSA employees, trying to learn everything I could about Robert Henry and the culture for TSA employees at MCO. Over that time, I probably spoke to 100 people. But 98% of them wanted to remain anonymous for fear they may be retaliated against.”

Shearer, a former TSA employee at MCO herself, had personally witnessed Henry being targeted by coworkers and managers. Felicita Alicea, a supervisor transportation security officer at Orlando International Airport, also witnessed Henry being bullied at work relentlessly. Alicea wrote an e-mail to management about bullying before, but according to her, nothing was ever done.

David Platt, who has been with TSA for 13 years as a bomb appraisal officer, is suing the TSA for retaliation and bullying that occurred to him after he reported a supervisor.

Another employee, Sean SanRoman, said that like Platt, he was retaliated against after he reported two TSA directors for violating policy. SanRoman wishes to bring change to a system he says is broken.

Wildman’s aggressive reporting led to major discoveries being revealed, but there is still more to be done.

“Since the release of the story, TSA claims that they had nothing to do with Robert’s suicide,” Wildman said. “However, I have filed for several different FOIA requests looking for documentation about Robert, his death and the TSA’s internal investigation. As of now, the airport’s Federal Security Director, Jerry Henderson, is still on admin leave, and no word has been made if and when he is coming back to work. Several employees I have spoken to for the story on or off the record have put in transfer requests for other airports because they fear they may be retaliated against, or just can’t take the work environment anymore at MCO. In the last two months, I have made about a dozen requests for comment or a statement from TSA regarding several different issues stemming from my investigation. I have been told repeatedly they are working to get me one. I still have yet to get one since my story aired.”

Wildman graduated from UCF’s Nicholson School in May of 2006. After spending six years traveling the world covering golf, he transitioned to local TV and is now reporting on hard-hitting pieces at Orlando’s News 13. His recent investigation focused on Henry.

September is National Suicide Prevention Month. Reach out to friends and family to check in on them from time to time. Let others know they are not alone.

If you or someone you know needs help, please don’t hesitate to call the 24-hour suicide hotline and receive anonymous help at 1-800-273-8255.