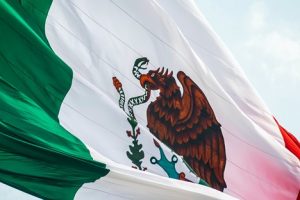 Cinco de Mayo has become a U.S. holiday ubiquitous with tacos, tequila and a good time. But have you ever wondered why?

The celebration we have come to know is classic American appropriation and commercialization of a small yet significant event in one region of Mexico (contrary to popular belief it is not Mexican Independence Day).

Like the United States, Mexico is a large and diverse country with many state, regional and community differences. In this month’s column, we will start with a brief history of La Batalla de Puebla, the evolution of the day in the U.S. and ways to make sure we responsibly celebrate through cultural appreciation rather than cultural appropriation.

When Benito Juarez became President of Mexico, the country was in a large amount of debt to several European countries. As Juarez stopped the payments to address the immediate needs of the people, France, Britain and Spain sent troops to Mexico to demand the money.

While Juarez was able to successfully negotiate with Britain and Spain, Napoleon III was not satisfied with any agreement. He was able to wage a successful military campaign across the country until troops reached Puebla.

Remarkably, an out-resourced and out-numbered group of men led by Ignacio Zaragoza defeated the French Forces there on May 5, 1862. This victory was as much a moral and symbolic win, inspiring a new effort in the Mexican resistance that lasted six years.

Some historians claim that Mexican Americans in California received word of the success against the French and set off fireworks in solidarity. Briefly in the 1960s, Chicano organizers in California also attempted to revive Cinco de Mayo as a celebration of freedom and to build momentum in joining Civil Rights movements.

Today, el día de la Batalla de Puebla is an official holiday in the state of Puebla and is acknowledged in some additional regions of Mexico.

However, in the United States, it has become a day for partying ever since beer companies used the day to increase sales of Mexican lagers in the 1980s. Today that date claims some of the highest alcohol sales in the U.S. outside of the winter holidays.

It is certainly reasonable to want to take advantage of the event and go out and have a (safe) good time. The keys to doing so respectfully are to ensure we engage in appreciation of Mexican culture rather than appropriation or reliance on derogatory stereotypes.

Cultural appropriation is a complex web of behaviors or communications that take from cultural traditions, rituals or symbols without permission or respect. It can become tricky in a place like the U.S., where there is some fluidity in cultural exchange and history.

A good aspect to keep in mind is that cultures are not costumes. This is also a helpful reminder when thinking about your Cinco de Mayo party decorations or the businesses you visit.

On the other hand, appreciation is meaningful engagement with a culture other than your own to increase understanding. Here are some ways to celebrate on Wednesday in the spirit of appreciation:

11 Moments from Asian American History You Should Know About

How to support mental health awareness

This article was written by Jennifer Sandoval, Ph.D., Associate Professor and Assistant Director of Inclusive Culture. She can be contacted at Jennifer.sandoval@ucf.edu. Edited by Iulia Popescu.