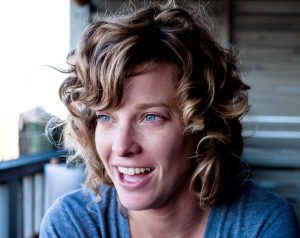 McCain, an Ad/PR and RTV double-major and former women’s soccer player, received the opportunity of a lifetime recently to take on the role of lead producer for Nike’s “Dream Crazy” campaign.

Being a producer merges the two things she has loved most since she was a little girl – storytelling and soccer. Her latest advertisement “Dreams Further” is a dream come true for her.

“Dreams Further” starts off in the stadium tunnel before a match between the Netherlands and Nigeria, where a young girl, 10-year-old California soccer player Makena Cooke, is led to the field by Dutch phenom Lieke Martens. Kids often accompany professional soccer players at the beginning of matches for many reasons, including to promote children rights campaigns and to remind players that kids look up to them.

Instead of Cooke walking off the arena after the anthem, the older female player keeps her there and asks, “Are you ready?” They then proceed to play together hand-in-hand. The scenes shift from the game to backstage water breaks to even scenes of Neymar, a male Brazilian professional soccer player, playing a video game as a female character, inspired by the little girl.

It ends with the young girl assisting in a goal, and then moves back to the past of the first scene again, where this time she instead asks Martens, “Are you ready?”

The empowering scenes are beautifully put together and work to move people, regardless of gender or age.

“The film is personal and emotional to me,” McCain said. “I’m able to see a bit of my own story in it. I was 14 when the U.S. women’s national team won the 1999 World Cup. I have followed the team since I was a little kid. Soccer gave me so much. It taught me how to work hard, embrace adversity, be a leader, to persevere, work together, and that you’re only as good as your teammates. As a producer, I use all those tools almost every day.”

McCain describes her work environment as a team effort, and her role in production as that of a captain, moving around players to help make the crew stronger.

“I try to put the best players on the field in regards to the creative team to execute the idea, and then make sure everyone gets the support they need to play their best and work well together,” McCain said in an article previously posted on UCF Today.

During her time at UCF, McCain was a decorated four-year letterwinner and defender on the Knights’ soccer team from 2003 to 2006.

McCain moved to Oregon in 2017 to join Wieden+Kennedy advertising agency for her dream job, where she began producing commercials for Nike. She has now been involved in some of Nike’s most popular ads, but her favorite remains “Dreams Further.”

In her profession, McCain believes that organization and optimization are key. She is grateful to have the honor of working on Nike at Wieden+Kennedy, which is considered one of the best advertising agencies in the world.

“What I’ll always remember is how we made something with ‘Dreams Crazy’ that shook the world for a few days,” McCain commented. “With Nike, we helped create a conversation beyond advertising. We opened hearts and minds all over the world for a minute, in an era where you’re served content all day long, and it’s hard to catch someone’s attention at all.”