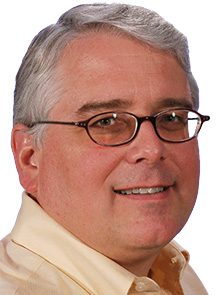 David Young has taught at UCF since 1997. He earned his bachelor’s degree from Duke University and his master’s degree from UCLA. He has written for network television (Michael Landon Productions/NBC), worked at AT&T, and taught film history and speech at the University of Alabama in Huntsville. He has been a member of two political parties, four labor unions and two professional organizations (NCA, FCA). In off-hours, Young spends most of his time just trying to keep up with his wife and three daughters.