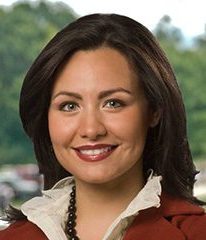 Katie Coronado is a journalist and an instructor of broadcast journalism. UCF’s NSCM appointed her to the instructor position in 2011, after working in NBC and Telemundo affiliates for more than a decade. Her area of specialization is in broadcast journalism with a focus on Hispanic media. She currently teaches news writing, Hispanic Media-related courses, as well as on-air delivery. As part of her commitment to educating the next generation of journalists, she launched the university’s first Spanish-language skills course, Knightly Latino, which offers students an outlet to cover issues of interest to the Latino community in English, Spanish and Portuguese. Her work led to the creation of the first Hispanic Media Certificate at UCF.

Some of her interests include researching the current state of media in Cuba and Latin America. One of her most impactful accomplishments in academia, was to lead a group of student journalists to Cuba to produce a multi-media project in collaboration with students at the University of Cienfuegos. Coronado received a Partners of the America’s grant that allowed her class to travel abroad in 2018 and has a pending grant to work in Mexico.

Her appointment as Special Advisor for Latin America and media for UCF’s Global Perspectives office brought her back to television. As part of her assignment, Coronado is co-host of the Central Florida PBS affiliate program about international topics, Global Perspectives.

Some of her international work includes collaborating with faculty, departments, and colleges to identify international opportunities. She also establishes international partnerships which support academic programs, dialog, and collaborative research. Her most recent work in Cairo, Puerto Rico and Mexico led to virtual faculty and student collaboration including implementing student news correspondents from Spain and Puerto Rico with a focus on the pandemic and its global impact.