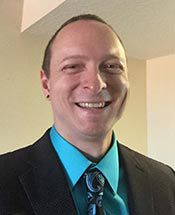 Boston native Matthew Mosher is an intermedia artist and mixed methods research professor focusing on embodied experiential systems. He received his BFA in Furniture Design from the Rhode Island School of Design in 2006 and his MFA in Intermedia from Arizona State University in 2012.  While in Phoenix, Arizona he co-founded the [nueBOX] residency program for emerging performance and installation artists. Currently, he is an assistant professor of digital media specializing in interaction design at the University of Central Florida. His work has been exhibited across the United States and internationally in India, China, and the Netherlands. He creates intermedia artworks including public installations, performances, and experiential systems that bridge the physical and digital worlds by mixing new media, sensing technology, relational aesthetics, computer programming, collaborative practice, and traditional sculpture processes. When taking a break from teaching and research, he enjoys observational astronomy, dispersed camping, and jewelry design.