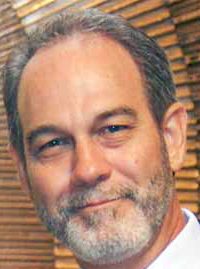 Max Croft brings the experience of a 27-year career in the entertainment industry to the Visual Language program.

During a decade in Los Angeles, Max presented over 75 plays as Executive Producer/owner of the acclaimed Tamarind Theatre, and as Managing Director of the award-winning Pacific Repertory Theatre Ensemble.His independent production company produced music videos and developed film projects.

In the corporate world, his work with the multi-million dollar Westgate Resorts centered on his creation of a full advertising agency, which focused on branding new resorts, building and programming a new radio station and creating media for television, internet and print.

His work in sports marketing started with the Championship group and included coordinating the SOCKO-sponsored extreme beach sport championships. Max was also the media representative for the Panasonic Formula One racing team.