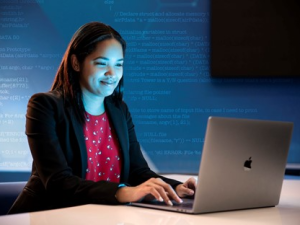 UCF is the No. 2 university in Florida for producing highly skilled employees for some of the world’s most prominent technology companies, according to a new survey from TonerGiant.

Among Florida universities, UCF is the leading producer of talent for both Uber and YouTube, and the second-leading producer for Amazon, Apple, Google, Accenture and Oracle.

Approximately 2,500 UCF alumni have worked for innovation leaders as Amazon, Apple, Google, IBM and Oracle. Of the 26 companies included in the survey, Amazon has been the leading employer for UCF alumni. More than 730 UCF graduates have worked at Amazon.

A listing of the top ten surveyed tech giants employing UCF graduates and the number of alumni they have employed follows:

UCF has long been viewed as a top supplier of highly skilled talent for leading companies and organizations across the globe. The university has previously been ranked the No. 1 supplier of graduates to the aerospace and defense industries by Aviation Week. Last year, UCF ranked 25th among American public universities for producing patents and 60th in the world. Additionally, U.S. News & World Report ranked UCF the No. 15 Most Innovative University in the nation.

UCF also is a top producer of talent for the digital media and video game industry. The Florida Interactive Entertainment Academy, which has been named the No. 1 graduate game design program in the world for three straight years, has over 850 graduates now employed by more than 300 companies around the world, including top companies like Electronic Arts, Iron Galaxy and Epic Games.

“The FIEA master’s program was develop for the purpose of taking advantage of opportunities Florida can provide in the digital media and tech movement to shareholders and investors of companies and to Floridians,” said Ben Noel, Executive Director of FIEA and Associate Director of NSCM Partnerships, Innovation and Entrepreneurship. “The more opportunities for our young people as higher-wage earners, it betters our communities in so many regards.  The size and scope of UCF along with the consistent growth in Florida’s economies will catapult UCF to one of the nation’s top producers of talent for a long time.”

The TonerGiant survey ranked Florida No. 8 in the nation for producing tech talent. In total, more than 15,000 graduates from Florida universities have worked within the surveyed tech companies. Nearly 3,000 Florida alumni have worked within Amazon. Apple and Google follow with roughly 1,500 and 1,400 Florida grads, respectively.

The TonerGiant survey used LinkedIn data as well as personal polling to gather graduation information from more than 500,000 individuals. The analysis includes more than 200 public and private institutions within the U.S. as well as 150 colleges and universities in the United Kingdom.

This article was originally written by Anthony M. Moore for UCF Today.

Published to Nicholson News on May 2, 2022 by Iulia Popescu.

If you have any news, accomplishments or highlights about your work or life, please be sure to share them with us, by emailing us at nicholsonnews@ucf.edu.