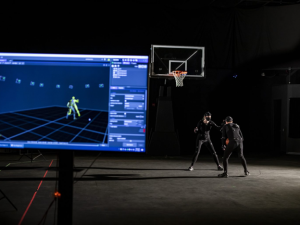 The University of Central Florida’s graduate game design program is the best in the world for the third straight year, according to “The Princeton Review,” and “PC Gamer,” magazine.

The two programs are located at UCF Downtown in Orlando’s Creative Village, where graduate and undergraduate students learn the tools and techniques to be artists, programmers and producers in the gaming industry. The Creative Village is also home to Electronic Arts’ new office, putting students just steps away from internship and job opportunities.

“We appreciate the recognition of the tremendous effort of our faculty and students,” said Ben Noel, executive director of FIEA.  “The success of the alumni in the video game and simulation industries is what continues to drive the growth and evolution of the program.  We focus on the development of top talent that will drive the next generation of developers in Florida and globally.  Electronic Arts’ relocation a block from our program is affirmation of our success.”

Henry Bell, a FIEA student who earned his undergraduate degree in film at the University of Kansas, is leading a team of 19 student producers, artists and programmers who are developing a full-fledged video game this spring and summer as their capstone project.

“It has been an invaluable experience to get to do everything a lead would do in industry,” said Bell. “I feel so much more prepared to get a job. In addition to being able to get that professionally oriented learning, I’ve met great people who will be invaluable contacts in the industry.”

The FIEA program has over 850 graduates now employed by more than 300 companies around the world.  The starting salary for graduates is over $70,000 annually.  Top employers include Electronic Arts, Iron Galaxy and Epic Games.

“The continuing success of the graduate and undergraduate programs is evidence of the power of experiential learning in an environment that supports digital media,” said Robert Littlefield, Ph.D., the director of the Nicholson School of Communication and Media.

Gaming has become a $159 billion industry globally. Statistics from the Entertainment Software Association indicate video games and attached industries support more than 16,000 jobs and $2.6 billion in economic impact in Florida. According to WalletHub, Orlando is the sixth best city in the country for gamers, in part due to its developer opportunities. An estimated 2,000 game developers are employed in downtown Orlando, bolstering the city’s reputation as a technology and digital media hub.

This article was originally written by Heather Lovett for COS News.

Published to Nicholson News on April 1, 2022 by Iulia Popescu.