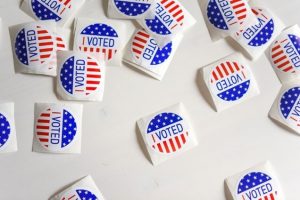 To make the most out of your vote, here are some important things to know about the ballot as well as general voting information and policies.

“If residents of any state should to be voting, it ought to be Florida because we have a history of close elections so every vote matters,” said Stephen Masyada, interim executive director for the Lou Frey Institute. “Voting is our biggest opportunity to make a change and this is a significant election no matter which candidate you support. There really is no reason to not make your voice heard, vote, and play a role in selecting the next president and influencing decisions that can have some pretty significant impacts on the state of Florida.

Understanding the Six Amendments on Florida’s Ballot This Year

There’s a lot more on the ballot than just presidential candidates, so be sure to do your research on other political and government officials, like your local congressional representatives, senator and sheriff, that are up for election. Sites like Vote411.org, which is a nonpartisan tool provided by the Women’s League of Voters, provide personalized voting information based on where you live.

There are also six amendments on Florida’s ballot this year and to help you make your best decision, here are some summaries of each one.

Amendment 1
The state Constitution currently states “every citizen of the United States who is at least eighteen years of age and who is a permanent resident of the state, if registered as provided by law, shall be an elector of the county where registered.”

Amendment 1 would change from the word “every” to “only”.

Amendment 2
The current minimum wage in Florida is $8.56 an hour to $10 in September 2021 and then the wage would increase it by $1 per year after that until it reaches $15 an hour in 2026. In 2027, the minimum wage would revert back to increasing annually by the rate of inflation, which is already in the state constitution.

“Speaking civics wise, Amendment 3 is one people should really pay attention to because it essentially eliminates closed primaries in the state,” Masyada says. “It would open the primaries up and potentially two Republicans or two Democrats can get the nominations [in the general elections].”

Amendment 4
Amendment 4 is another one that Masyada says is especially important from a civics perspective.

“Amendment 4 would change the constitutional amendment process in the state significantly,” Masyada says. “Right now, in order for an amendment to pass it has to reach a 60 percent approval from all voters in the state during one election. This amendment means future amendments would have to pass with 60 percent through two elections – which essentially is double the effort.”

Amendment 5
If passed, Amendment 5 would extend the period for which people can transfer “Save Our Home” benefits from two years to three.

Amendment 6
This amendment would allow a deceased veteran’s homestead property tax discount to transfer over to their surviving spouse. If the spouse sells the property and moves into a new home, they would be eligible for a discount that does not exceed the previous one. However, if they remarry, they would no longer be eligible.

Have you voted? November 3 is the last day to vote!

To find out more about various election events and programs happening across campus as well, check out this article.

Edited and published by Iulia Popescu on November 2, 2020 for Nicholson News.