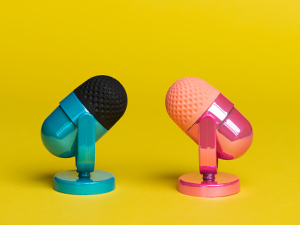 In debate, UCF advanced 11 of 13 competitors to elimination rounds, which requires a winning record. In those rounds, UCF claimed 3 of the 4 available state championships, including a lockout, where two UCF debaters or teams advanced to the final to be declared do-champions, in Parliamentary and Public debate. These students were:

During the speech component, UCF had 26 finalists between the 11 events including 5 State Champions. These students were:

But UCF Speech and Debate wasn’t done! Carrying that momentum forward UCF served as host to the 2022 Pi Kappa Delta (PKD) National Tournament and Convention March 9-12. Over 705 participants flocked to Orlando from 71 different institutions from across the country.

Student awards are classified by percentages. Top 10% receiving “Superior” and the next 20% receiving “Excellent” ratings. The debate portion also advanced the top 8 competitors to quarterfinals in each division.

Not to be out done, the speech side of the team also excelled. Competing in 13 of the 20 possible events UCF received 8 awards.

As a team, UCF left their mark as well receiving a superior rating (fourth place) in debate sweepstakes, which is the highest they have ever ranked. They were thirteenth in speech, which ties their highest mark and fifth in combined/overall sweepstakes.

“I am very proud of how the UCF Speech and Debate Team has performed this year,” said Littlefield. “With a strong finish, and many members returning next year, I look forward to continued success for our program. Pi Kappa Delta has a philosophy that rewards educational and competitive aspects of the activity. Receiving a Superior Award as a comprehensive team has been our goal for some time. This performance at PKD will contribute to our increased visibility nationally as we attract students to compete for UCF and pursue their graduate degrees.”

In addition, UCF received the R. David Ray Outstanding Young Chapter Award for new schools in PKD, having just joined in 2017. Additionally, Director of Forensics Jonathan Conway was elected as an At-Large representative on the PKD Council. The Council Governs the activities of PKD and plans the next biennial convention and tournament to be held in Glendale, AZ in 2024.