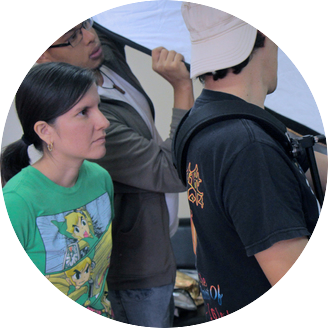 Emilia Garcia is now the Film School Director at Universidad Catolica Santiago de Guayaquil in Ecuador, where she teaches filmmaking classes and oversees film school programs.  She graduated in 2013 after directing her feature film debut, The Decorruption.  Her film won three awards and screened in six film festivals.  You can watch a trailer for Emilia’s thesis film here.

“The MFA prepared me to see microbudget filmmaking as a viable alternative, especially in the context of the Ecuadorian film market which I try to instill in my students.” — Emilia Garcia 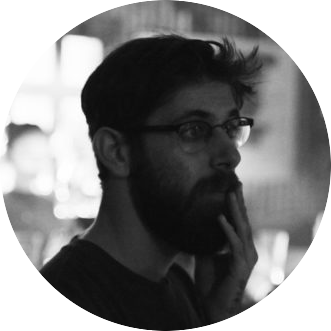 Julian Baner’s MFA thesis film Some Southern Waters made its world premiere at one of the South’s most prestigious film festivals, the Fort Lauderdale International Film Festival.  Baner describes the film as “a black and white mystery/thriller about an aimless musician who spirals into the surreal after his girlfriend’s death.” Baner graduated in Spring of 2020 after serving as a graduate teaching associate and developing the UCF Film BFA’s new course Directing Techniques. If you would like to see Baner’s film in the virtual version of FLFF, click here. To read an exclusive interview with Julian Baner, written by Dara Anya, click here.

“UCF is the only school in the US that truly supports creating a feature-length film. It has been one of the greatest hands-on learning experiences I could have asked for. Feels like a lifetime’s worth of learning in three years.” — Julian Baner 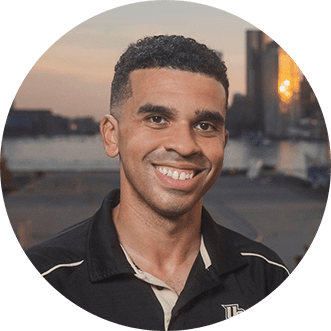 Max Rousseau graduated UCF with a Digital Entrepreneurial Cinema MFA in Summer 2013. There, he produced his feature film, Pembroke Circle. In 2017, Rousseau moved to Boston where he currently works as Science Multimedia Coordinator at the Wyss Institute for Biologically Inspired Engineering at Harvard. “My job is to tell the stories behind the cutting-edge science and innovations through short documentaries, narratives and photos.”

Rousseau has worked on projects that celebrate the extraordinary women at the Wyss Institute and that capture the Institute’s creative and innovative spirit as faculty discuss how disruptive technology solutions can positively impact the world. Rousseau is currently working on the second installment to his piece that expresses the impact COVID is having on the Wyss Institute and how the Institute is fighting to assist healthcare workers and to make advancements on the vaccine. You can watch the first installment of this series here.

“My MFA at UCF helped develop my storytelling skills, resourcefulness, and work ethic; all have been critical assets in my current position.” — Max Rousseau