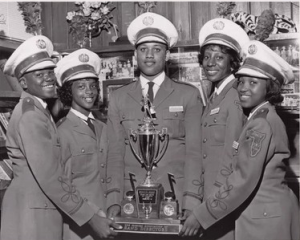 Don’t miss out on a free screening of the UCF film “Marching Forward” on Saturday, September 21, which tells a powerful story of segregated Orlando. The film touches on the nuances of race relations in Orlando during the latter days of Jim Crow and how a love for music united two bands from two schools.

“I think knowing the history of your community can always make you feel more connected to where you’re living,” Ben Brotemarkle, executive director of the Florida Historical Society, said about the importance of this moving film, in a previous article.

“Marching Forward,” which recently became a recipient of the Atman Award for Diversity in Film, will be screened for free at the Global Peace Film Festival on Saturday, September 21 at 3:00 P.M. It will be held in Tiedtke Hall at Rollins College.

Tickets are required for this event so save a seat for free here! Click on Saturday on the schedule and “Marching Forward” should pop up during the 3:00 P.M. time slot.

To learn more about the Global Peace Film Festival and its other showings, check out their main website.